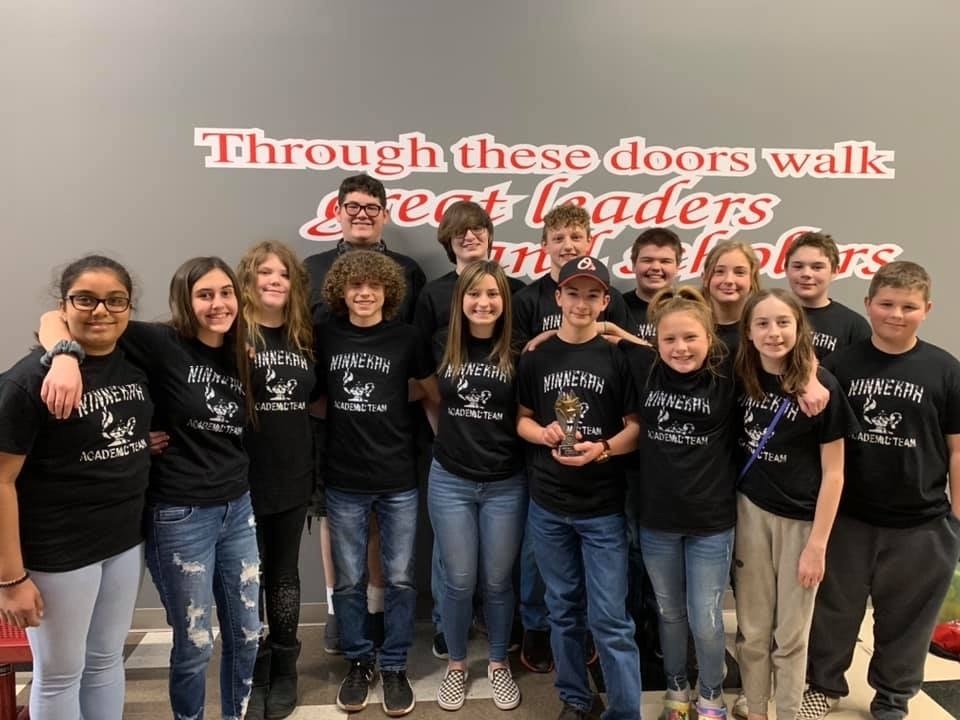 The Ninnekah 8-9th grade academic team captured the Regional championship on Saturday, March 7th at Dale. After winning the District championship at Dale on Wednesday, January 8th, the Owls entered the Regional meet as the number 1 seed. Participants at Regionals, in order of seeding were Ninnekah, Maud, North Rock Creek, Dale, Asher, and Am-Po.
Ninnekah started strong with a 180-90 win over Am-Po. The next opponent was the host school Dale, who had defeated North Rock Creek and Maud. The Owls were victorious 170-140 to propel them to the finals. After Dale defeated Am-Po in the third place game, the rematch was set for the championship. The Owls prevailed to win the trophy in a closely contested dual, 150-140!

The team will participate in the OJABA State Championship on Saturday, April 25th at the Physical Science Center on the campus of the University of Oklahoma!!

Congratulations to Coach Regina Jones and team members and Good Luck at State!