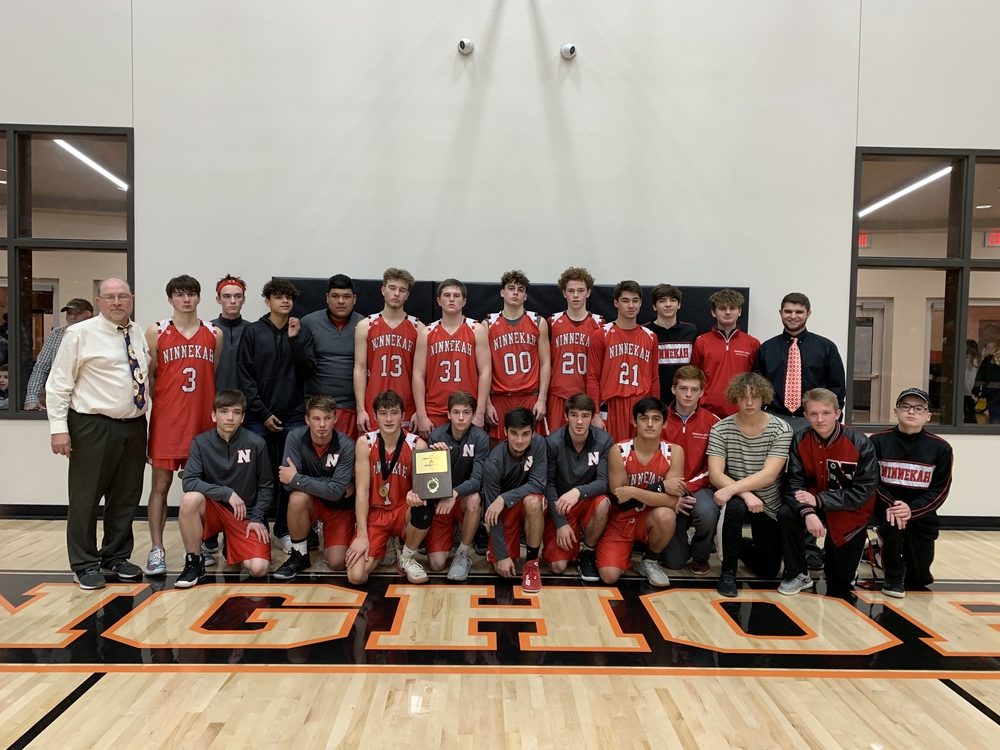 The unranked Ninnekah Owls clawed their way to the finals of the Alex Longhorn Classic. Their path included a 60-50 win over Union City and a 61-56 overtime victory over Stratford. Their opponent in the finals was the undefeated, #1 ranked team in Class A, Calumet Chieftains. The Owls trailed by 1 at half and fought hard throughout. In the end, Calumet earned the championship trophy with an exciting 42-40 victory.

This is the second runner-up trophy for the team this season. The High School Grady County will begin on January 20th at Alex with the Owls playing Verden at 5:40 followed by the Lady Owls versus Rush Springs at 6:40.  Congratulations fellas!!!  #GOOWLS
Copyright © 2022 Ninnekah Public Schools. All rights reserved. Powered By Apptegy