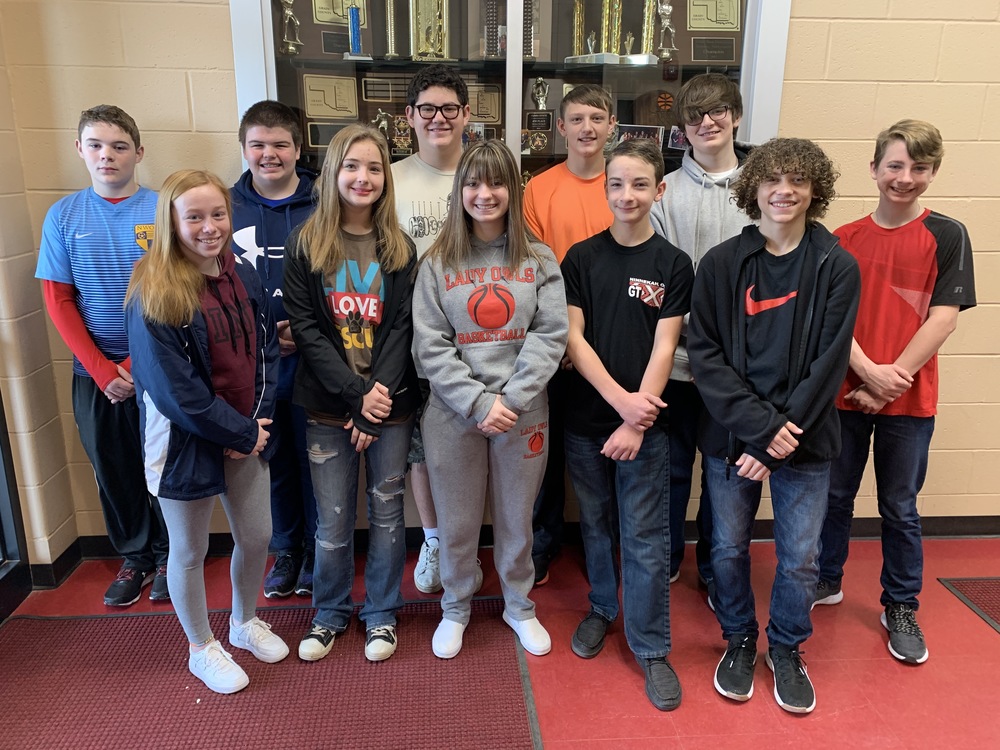 Congratulations to the Ninnekah Junior High Academic Team for winning the 8-9th grade Academic Team District Championship!  This team is coached by Mrs. Regina Jones and has worked hard in practice each day preparing for the season and playoffs.  We also have 6-7th grade and 7-8th grade teams that will participate in upcoming districts on January 31 at Ninnekah and January 29 at Ninnekah, respectively.  The Regional Tournaments are scheduled for 6-7th academic team on February 15 at Dale, 7-8th on February 10 at Wynnewood, and 8-9th on March 7 at Dale.  State Meets are scheduled at OU in April.  This program has produced several district championships, one regional championship, and 2 state qualifiers with one 4th place State Tournament finish!  Awesome job team!  #GOOWLS